Van Oord and Siemens were selected as the two main contractors for the wind farm. Olivier Gaget had the most dealings with turbine supplier Siemens. First as a developer of the Operations & Maintenance strategy, then as the manager of the turbine package during the installation. Olivier Gaget is a resourceful man who doesn’t hide his passion for renewable energy. 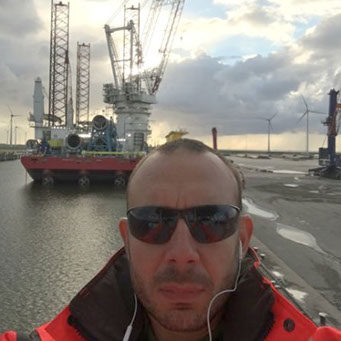 Gemini is down to the compactness of 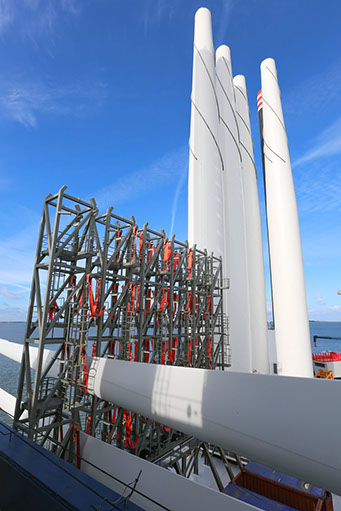 installation ship Aeolus in the port of Esbjerg. On the way to help erect the

next series of turbines. 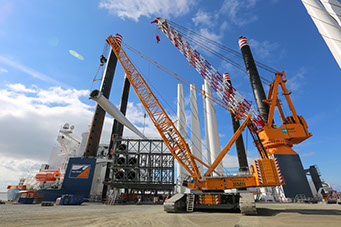 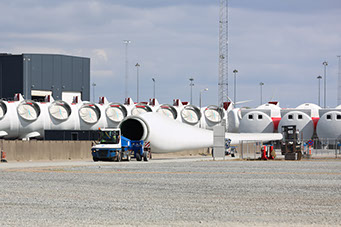 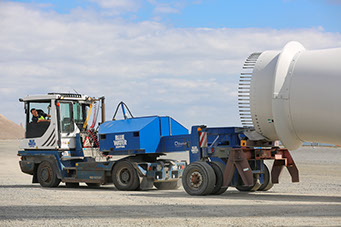 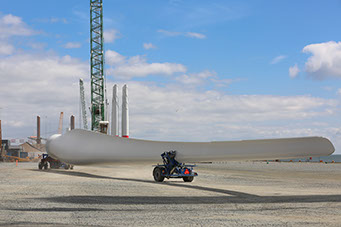 When we speak to Olivier, he is preparing to leave Gemini. A long journey through Southeast Asia is his goal for the next five weeks. His job in Amsterdam has ended; we’re just in time to ask him about his experiences during the project. It appears that he has been working in the wind industry since 2006. After training as a mechanical engineer at the Ecole Nationale d'Ingenieurs de Metz, he joined Belgian company ParkWind, where he worked on an offshore wind farm off the Belgian coast. Until Gemini crossed his path: "In 2012, I was asked to join the development team and help with the O&M package. I helped develop the O&M strategy prior to the financial close. I also participated in the contract negotiations with Siemens for the maintenance activities. My big selling point at that stage was that I had worked almost exclusively on Siemens wind farms up to then. So it meant that I knew the company well. "

Two years ago, Olivier switched, inside Gemini, to the construction of the 150 turbines: "As the Wind Turbine Generator Manager, I was responsible for the whole package: design, manufacturing, connections, right up to the completion and delivery to O&M. Always in close consultation with the other Gemini employees, such as the quality control and commissioning people. "It meant I lived an alternate existence, one week in the office in Amsterdam and one week in Denmark. Siemens built all the factories in Denmark. Although the parts come from all over Europe, the production takes place there. This reduces costs and the time needed to transport the turbine parts.”

Olivier’s words reflect his respect for the German turbine builder: "Siemens is a major corporation. They have the resources to get things done, to solve problems. In day-to-day contact I was fine with their people, though to be honest I mainly communicated with their Danish employees. They have lots of experience and are very resourceful." For Siemens, it took some time to get used to the fact that Gemini was in control of the workflow: “The power of Gemini is down to the compactness of the team. At Siemens, they were used to clients turning up with a whole battery of people for meetings. But not in our case – there were often just two of us, three at most." 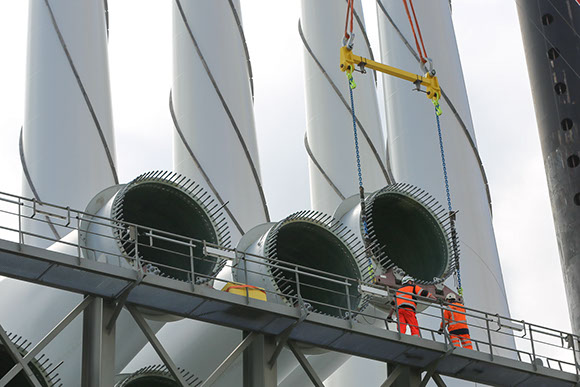 One of the last tasks that Olivier Gaget took charge of at Gemini involved documenting the entire project as much as possible. "Because I was here around the time of the design, I could quite easily go one step backwards. All the technical documentation, manuals, certificates are stored in a library that was available to O&M. All of that enhances the traceability of the project, especially in the period after delivery."

‘The wind industry is young, and there’s still so much to learn.’

In retrospect, his years at Gemini were intensive, but Olivier had a good time all in all: "I had moved to England in the meantime, so I had some quite tough weeks (he laughs), but I function better when I'm busy.” Now he has pledged his heart and soul to renewable energy and offshore wind in particular. "The industry is young, and there’s still so much to learn. There’s plenty of innovation, and that makes it interesting. In the next few years, there will be plenty of work to be done. And I’d like to make my contribution." As a director of his own business, Go Wind, with his experience at Gemini to back him up he will no doubt succeed in that ambition.