‘Proud of the whole team’

Managing Gemini’s operation with a passion: Matthias Haag. Fluent in German, English and Dutch, he is the ideal person to unite all the parties concerned. A good time to look back at recent events with him. An intensive period of activity, that much is clear. But also an exciting time – especially for a person who likes to work in a project-oriented way. ‘It’s good to contribute something to the world.’ 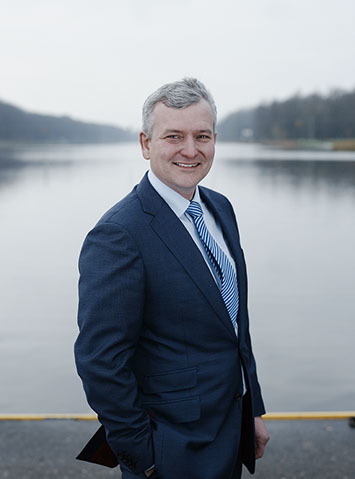 ‘You create something tangible, you go from A to B, you change something in the world, you help build something.’ 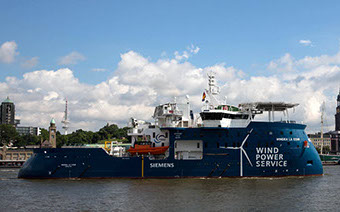 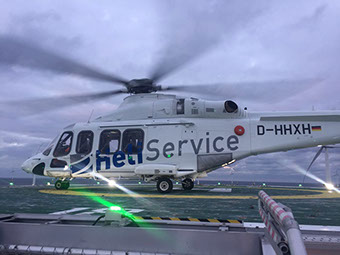 The materials to be shipped from Eemshaven to Gemini Wind Farm’s Operation & Maintenance: the Siemens maintenance ship Windea la Cour and one of the two special helicopters.

How does a mechanical engineer from Darmstadt end up in the offshore wind energy sector? Matthias Haag takes us on a short journey through his personal history. ‘My father was an engineer, and in the region where I grew up many people ended up working in industry. I was attracted to projects from an early age. You create something tangible, you go from A to B, you change something in the world, you help build something. I’m still proud when I fly over the first Dutch wind farm near Egmond: I helped to build it.’ In his first job at Shell, he started working offshore straight away. That knowledge would later stand him in good stead: ‘At Shell, they’re very good at thinking in terms of scenarios and in taking alternatives into account. What do we do if plan A doesn’t work, do we have a plan B? This problem crops up regularly when you’re working on a project. Something unexpected happens every day. You have to be able to cope with things like that.’

Matthias’ fascination with wind energy is closely linked to his desire to make a socially relevant contribution. ‘Don’t get me wrong, I’m no tree hugger. But I do think it’s important to do something useful. And renewable energy is definitely one of those things.’ From an early age, he was interested in building in water – building with people came later. During the start-up of a new company that generates electricity from wave energy, he learned how to put together the best possible team. And all these threads came together in December 2013: ‘I got a telephone call asking me if I wanted to manage Gemini. To be honest, I had to pause and think about it. Will this ever happen, will we really be able to build it – these were the types of questions I had to ask myself.’ Matthias dared to leap into the unknown: ‘By that time, the development team was already well advanced. I was able to concentrate on building up the organisation.’ Everybody worked extra hard in the spring of 2014, with a double milestone in May: the financial close and the sinking of the first onshore pile. After all the preparations, 2015 was what Matthias Haag now calls the busiest year: ‘All the cables and all the foundations were installed. And we got offshore electricity. I went out to take a look a couple of times; it was a really impressive operation. With its very own complexity: what do we do where and when do we do it?’ 2016 is the year of the turbines, no doubt about that: ‘Positioning 150 windmills in the space of just six months, that’s an amazing achievement. It makes me proud, especially of the whole team, including the contractors. The people did get on very well with each other. So I deliberately based my management strategy on a mix of cultures. That produces the best insights and the best results. Looking back, I’d like to have had more women in the team, but that didn’t work out as I had hoped.’

Looking forward to 2017 and further?  ‘The year of the operations! The windmills have to start running. To produce as much electricity as possible, that’s our goal. Siemens and Van Oord have done great work; now operations and maintenance will be the new focus for the organisation. Supported by a special maintenance ship – available 24/7 – and two modern helicopters. It’s also quite a challenge to get all of those things up and running.’ As a result, the transition from construction to operation is progressing more gradually than in a conventional power plant: ‘It’s not just a question of pressing a button. Here, we’re delivering the turbines one by one, so the phases overlap more. The same applies to all the contractors and subcontractors working on the wind farm. We keep a close watch on that.’

Meanwhile, the Gemini organisation is really changing. That too is part of the job, Matthias explains: ‘The construction staff are all moving on to new projects. With Gemini as a reference project on their CVs, they’ll have a bright future. We’re now becoming an operational organisation. You need different people for that. I deliberately brought them on board in 2014 so that they could help us with the decisions we needed to make during that early phase. And they were already responsible for the contact with the companies that will soon perform the maintenance, of which Siemens is obviously the most important. Early involvement means they know how the project looks; so no unpleasant surprises after the handover.’ His summary of the project in one sentence: ‘The way it looks now: safe, on time and on-budget, and with a great team. That’s Gemini for me.’